It’s only lunch time &, amongst other things, I’ve already locked myself out of our house, had a lovely chat with a chap from Escape to the Country & received the most fantastic photo through the post. In case you are wondering, a rank amateur (I refer to myself, of course) cannot break into our house, the Escape to the Country people are very nice indeed & the photo was sent by my lovely father-in-law, Kits. It is of one of the two men we designed the Commodore in honour of and two other distinguished chaps that are connected to Ned’s family, photographed with the King & Queen in 1950. This really is turning into one of those ‘I-wasn’t-expecting-that’ days! 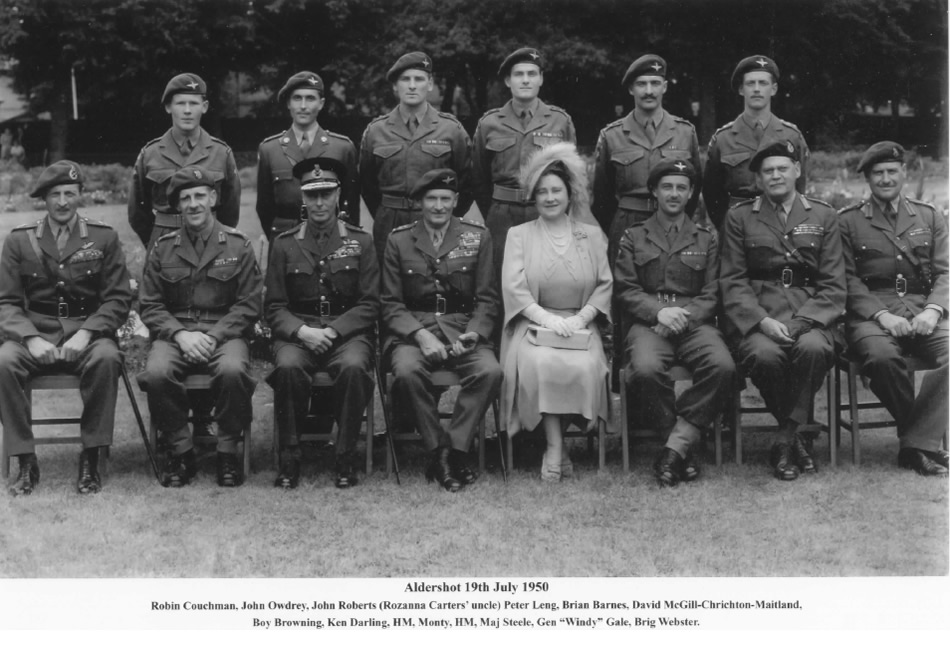 The three men in the photograph are Boy Browning (Ned’s Grandfather) who is the one of the three who inspired our Commodore design, Sir General Peter Leng and “Monty” aka Field Marshall Montgomery, both related by marriage to Ned’s Aunts.

We do have the full story of the inspiration behind the design of the Commodore watch on our website if you’d like to explore further which concerns a different “Monty” all together. 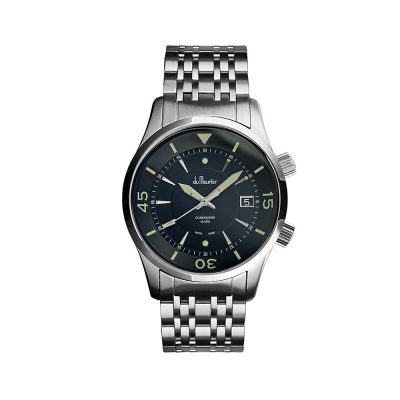 I know Kits would be able to tell me much more about this picture but, in his absence, I have done a little detective work of my own. The date is 19th July, 1950, the location, Aldershot. A quick google search confirms the event as the presentation of the Parachute Regiment’s first colours by His Majesty King George VI on The Queen’s Parade.

I found most of my information on www.paradata.org.uk which is well worth a visit being extremely informative & quite entertaining in parts. There are some other fantastic pictures of the day in question too. I also discovered their page on Frederick (Boy) Browning which has a couple of fantastic facts to discover, such as this:

“He spent a while as Adjutant at the Royal Military College, Sandhurst, where he was the first Adjutant, during the Sovereign’s Parade of 1926, to ride his horse ‘The Vicar’ up the steps of Old College and to dismount in the Grand Entrance. There is no satisfactory explanation for why he did it, but it is a tradition which endures to this day. (A ramp has to be provided for the horse to return, since horses are incapable of going down steps).”

I found this extremely funny but possibly only because I am married to a Browning who shares similarly quirky traits!

Anyway, I digress. I am busy packing up some Commodore orders to send out today & this picture really served the purpose of reminding me exactly where the roots of our business lie. I would love to send a copy of it with each of today’s watches in an attempt to share the story of the Du Maurier / Browning families & the legacy behind our designs. I am sorely tempted to do this but time is not on my side & I, unfortunately, still have the thorny issue of a locked house to deal with. Wish me luck!