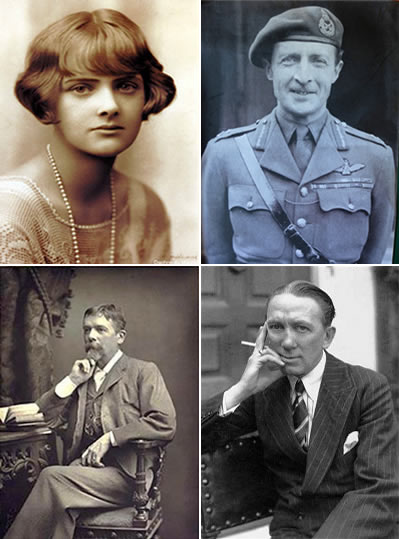 Ned speaking of his family:

“My family is made up of authors, actors, artists, decorated officers & even Olympians. I find myself inspired by each & every one of them. It is this inspiration that I hope will be seen through the watches we design.

I have not been fortunate enough to meet all of the characters who make up my family history but I did have the pleasure of knowing my grandmother, Daphne.

As a child, I spent every summer with her at her house in Cornwall. My memories are of permanent sunshine, endless days of fun spent at the beach & playing cricket in the garden. The most precious memories though are of our early morning dog walks at Par beach. I think this precious time spent alone is where we really got to know each other & it is how I  remember her most.

Sadly I never got to meet my grandfather, Frederick, or ‘Tommy’ as he was known, as he died in 1965 before I was born. I have read & been told a great deal about him & know that we would have had a lot in common, especially sport.

He was heavily involved in the Olympics committee after the war and a little known fact is that he narrowly missed out on being part of the 1924 hurdling team. However, determined to become an Olympian, he went on to compete in the 1928 Winter Olympics as a member of the GB Bobsleigh team. He was also an avid sailor & used to sail his boat ‘Ydgrasil’ in Fowey, Cornwall where he met & fell in love with my grandmother. The rest, as they say, is history.

My great grandfather, Gerald, also plays an important part in the du Maurier family story. As a celebrated actor & manager he brought a unique talent to the stage and was, by all accounts, quite a character on and off it! He even had a brand of cigarette named after him, “Du Maurier”.

Skipping back one more generation brings us to George du Maurier, famous Punch cartoonist, author of ‘Trilby’ & creator of the infamous Svengali character. Through the marriage of his daughter, Silvia Llywelyn-Davis (an amazing lady who’s another story in herself), he was also grandfather to the five boys who inspired J.M Barry’s Peter Pan.

These fascinating characters only scratch the surface of the many stories & anecdotes I’m still discovering about my family. So, all in all, quite a legacy to live up to, but one I am very much looking forward to. I am proud to be designing a collection of luxury watches which will take the du Maurier name in a fresh, new, creative direction.”