Let’s hear it for the girls!

Since today, the 8th March 2017 is International Women’s Day, I thought I’d write something wise, witty & insightful to celebrate. I will do this because I am a strong, independent working woman bringing up two beautiful little girls in a world where they need to learn to be tough but fair and jolly hardworking.

That’s my version of events anyway! Were you momentarily impressed? Oh go on, say you were. In reality, I’m not as strong as I’d like – Ned just phoned to ask how much I cried watching a film last night and our daughters regularly run me ragged. I’m also not as independent as I’d like – I can’t change a tire or work the lawn mower…actually I’d like to think I could if I tried, but have never felt these things fall in to my remit so shan’t add them now.

I was inspired to write something on the Women’s Day theme, not only by the BBC banging on about it while I was shouting ‘teeth’ and ‘shoes’ this morning, but also when I had a peek at Facebook a little later. 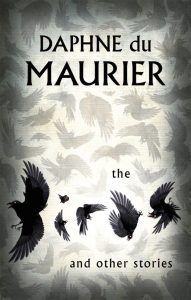 The first post up was a Daphne du Maurier book cover design that has won an award at this year’s Academy of British Cover Design Awards. Yes, there is such a thing and it’s pretty fab when you have a look. ‘The Birds and Other Stories’ has inspired designer Jamie Keenan (boy designer, not girl designer…just to clarify, as you could be mislead, what with the nature of this post so far) to design the most fantastic book cover for Virago’s 2016 reissue of this classic. Daphne du Maurier is still influencing from beyond the grave with her amazing works – quite extraordinary!

Second up: today there are a raft of fantastic women shouting from the rooftops about their businesses. I can’t mention them all as they are individually fabulous but a list on a blog wouldn’t be. It would be dull.

Of particular note though, is a lady I worked with years ago who started a company called Diddi Dance, which she has turned into a successful franchise. The franchisees are, as far as I know, all women who, in turn, are all now enabled, supported and running their own successful ventures.

Oh, did I mention that this lady who is wife & mother to two small children, also runs a unique children’s activity centre in Greenwich, London called Under One Roof? I won’t go on about it but, if you have smallish children & are in London, do check it out. You’ll be amazed. (I should mention, Under One Roof is owned and run by two others as well…no-one’s actually really superwoman!). Inspired? Read on…

Post 3: Our local women’s business group, Lyme Bay Ladies, has announced today that they have reached 1200 members. Lyme Regis is really quite small and that’s 1200 women here, on our doorstep, being creative, imaginative, working their socks off to make their small businesses successful. And all supported by their female peers. If that’s happening all over the country we may yet build another Empire…Brexit or no Brexit. (Incidentally, and this is sooo off topic, we call it the Bellybutton Bill in our house as you can be an inney or an outey. Now you know.)

There are so many women out there doing their best to manage homes, children, their myriad social commitments (the children’s that is, I don’t know about too many others but I don’t get out much!), as well as successfully hold down a job. I am constantly inspired by these amazing women and wish I knew where they get their energy from, as I’d like some. To them all, I salute you ladies!